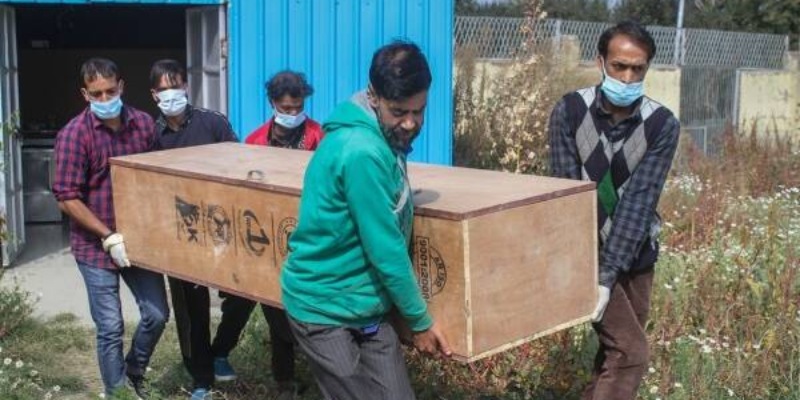 According to the Jammu and Kashmir (J&K) Police, a terrorist involved in the grenade attack that killed two migrant workers from Uttar Pradesh's Kannauj on Tuesday has been killed. Manish Kumar and Ram Sagar were killed in the second targeted attack in three days in Shopian, J&K.

Earlier on Tuesday, police announced that two terrorists responsible for the killings had been apprehended and that a manhunt was underway for their commanders. Terrorists allegedly lobbed a grenade into Kumar and Sagar's rented tin shed in Harmain village. The two were injured and later died in a hospital from their injuries.

Puran Krishan Bhat, a Kashmiri Pandit, was shot dead at his Shopian home on Saturday, three days before the grenade attack.

Earlier, the Kashmir Freedom Fighters, a little-known outfit, claimed responsibility for Bhat's murder, sparking a wave of protests across Kashmir.

The attack on migrant workers on Tuesday was the latest in a series. Muneer ul Islam, a West Bengal worker, was shot at in Pulwama on September 2.

Islam was shot just days after Mohammad Amrez, a migrant worker from Bihar's Madhepora, was killed on August 11 at Sumbal in the Bandipora district.

In Kashmir this year, 17 civilians, including six migrant workers, have been killed in targeted attacks.