Although the Indian Navy is tracking the movement of the Chinese satellite and ballistic missile tracking ship Yuan Wang 6 as part of its maritime domain awareness, the vessel is not scheduled to dock in any Sri Lankan port. The ship arrived in the Indian Ocean on November 4 via the Lombok Straits, approximately 3500 kilometres from Port Blair.

While media reports based on Twitter feeds stated that the ship was out monitoring scheduled ballistic missile launches off the coast of A P J Kalam Island this month, national security planners are not overly concerned because China has the capability to monitor Indian missile launches via satellite.

According to South Block officials, the strategic support ship was in the Indian Ocean to monitor Chinese satellite launches scheduled for November 12 and November 30. Unlike its sister ship, the Yuan Wang 5, which docked at the Chinese-leased port of Hambantota in Sri Lanka in August, the Yuan Wang 6 is not scheduled to dock in Sri Lanka and is currently sailing south.

The fact is that Chinese strategic vessels are increasingly surveying the Indian Ocean Region as they seek alternative routes to the Malacca Straits by mapping the ocean floor. Chinese ships can only enter the Indian Ocean through the Malacca, Sunda, Lombok, Ombai, or Vetar straits, all of which are partially or entirely controlled by Indonesia.

Beijing is exploring sea routes not only in the Indian Ocean to reach the Chinese base in Djibouti on Africa's east coast, far from India, but also through the Arctic Circle to reach European ports such as Hamburg, where Chinese company COSCO has purchased more than 24 percent of the equity.

For its part, India has warned its neighbours, particularly Sri Lanka, about the dangers of allowing Chinese military vessels to dock at their port for refuelling or rest and recreation. It has also requested that these countries refrain from using their tankers to refuel Chinese warships on the high seas, as this would jeopardise bilateral relations with India. 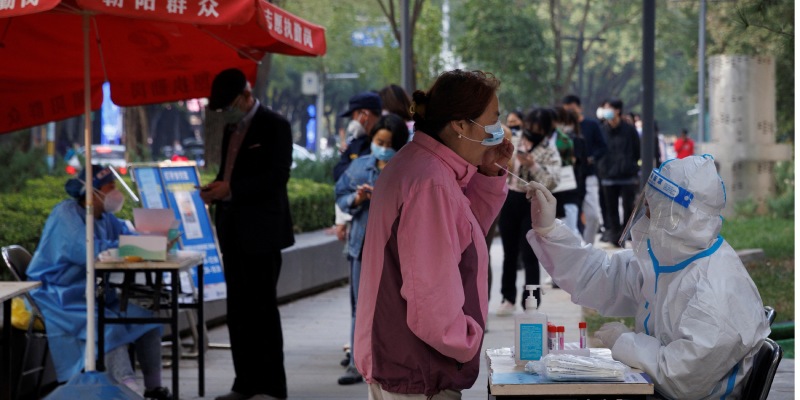 In the wake of a quadrupling of Covid cases, Beiji..

Beijing, the capital of China, has called for more..