After Fadnavis complains, the BMC will take over the road from MIAL. 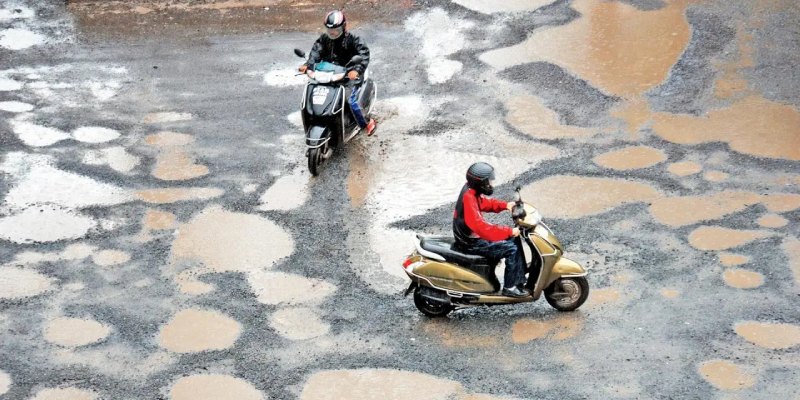 A 5.3-kilometer stretch of Air India Road in Mumbai's H (East)-Ward, which connects Nehru Road to Kalina Kurla Road, is riddled with bad patches, potholes, and a damaged drain. The poorly maintained thoroughfare recently drew the attention of deputy chief minister Devendra Fadnavis, who had previously complained about it.

The intervention of the deputy CM has prompted the Brihanmumbai Municipal Corporation (BMC) to request possession and ownership of this road from Mumbai International Airport Pvt Ltd (MIAL) in order to ensure its upkeep.

According to Alka Sasane, assistant commissioner, H (East)-Ward, the deputy CM, who frequently drives through this road on weekends, had complained to municipal commissioner Iqbal Singh Chahal about its poor condition and asked him to fix it. But there was a snag: the road was not owned by the BMC.

"We've issued a work order and even asked MIAL for ownership of that stretch (between Gates 1 and 8)." We can then make a budget provision for it, and it will be our responsibility to keep it up," Sasane explained.

"If we become the owners of that stretch, the pothole-ridden road will not tarnish our image." Citizens are unaware that the road is not owned by BMC, but they believe we do," she added.

Two letters sent to MIAL in September and October emphasised that the H(East)-Ward office had received several complaints about the road's poor condition from both local residents and elected representatives, which worsens during heavy rainfall due to waterlogging. A roadside drain is also in poor condition.

The letter also stated that Fadnavis issued instructions for a pothole-free Ganpati immersion during the monsoon on August 24.

"Because it is a VVIP route, it is requested to maintain the bad patches, improve the existing storm water drain, and keep the road ready for smooth traffic flow," Sasane wrote in his letter.

According to the Hindustan Times, the BMC chief also announced in September that they will maintain both the Western Express Highway (WEH) and the Eastern Express Highway (EEH), as they want to be the single nodal agency in charge of the maintenance of two of Mumbai's most important roads, rather than the Mumbai Metropolitan Regional Development Authority (MMRDA).

While the official handover has yet to be completed, MMRDA metropolitan commissioner SVR Srinivas confirmed to HT that MMRDA has already agreed to BMC's proposal to keep WEH and EEH.